When my dog ​​was diagnosed with cancer, I swore not to let him suffer. After 2 months, I kept my promise. 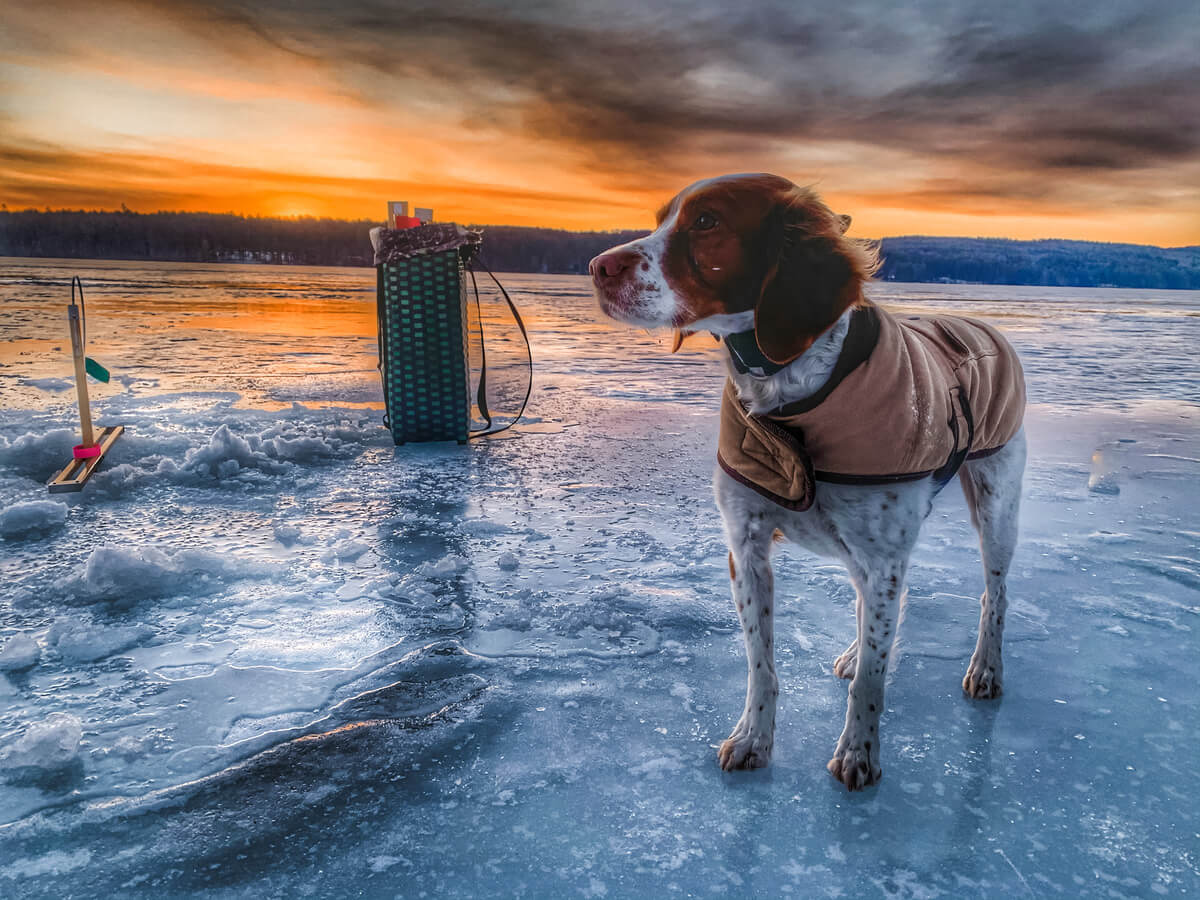 He had stopped dreaming. It wasn’t the first indicator that something was wrong, that was her loss of appetite. But after she was diagnosed with lymphoma, her legs did not shake and she no longer moaned while she slept.

I met Argos when he was 4 weeks old, at the breeder’s house in Litchfield. I had the trash pick, so the other five future britain owners waited for me to pick, to knock down the first domino. I chose Argos mainly for his appearance: he had more brown puppies than the others, almost all of them white.

All I ever wanted to be was a dog owner. My dad is allergic, so we never had a dog when we were kids. I was serious about becoming a dog mom. I read “The Art of Raising a Puppy,” took a dog breed selection test that asked preferences regarding size, activity level, trainability, and more, and I agreed 100 percent with a Brittany. I got Argos while I was between jobs and I could be home with him his first year of his life.

He was very active and easy to train. He quickly picked up the basics and more advanced tricks, like holding objects in his mouth, including raw eggs (which he never cracked) and bacon (which he never ate until I told him to). I encouraged him to point out birds. I was a new hunter myself, so we learned to hunt together.

Argos accompanied me everywhere and I looked for hobbies that we could do together. He lay down quietly, strapped to a kettlebell in Crossfit class. We ice fished, paddle boarded and backpacked the 100 Mile Wilderness. We tried many dog ​​activities: agility, therapy, obedience and tricks competitions, and even a dog show.

He humored me and won ribbons, but his only passion was hunting. So he and I focused on the fields and streams and spent as much time as we could hunting grouse, pheasant, and duck. After each recovery, he lay on his stomach with his hind legs folded like a frog, as if to say, “We did it!”

When Argos turned 8 years old earlier this year, I began to savor the little moments with him. Dogs die when they are 8 years old or older and I didn’t want to take that for granted. I smelled his fur and his paws. I stroked his soft, floppy ears. I took photos of us snuggled up on the sofa and we sat quietly outside in the sun. It’s like he knows.

In April, Argos began seeing an internal medicine vet because he was incontinent. Full blood work and an ultrasound showed no problems. At our next appointment in June, I mentioned to the vet that Argos was not eating dog food, but human food. I thought maybe he had a cavity and it hurt to chew on his kibble.

I waited in my car while Argos was inside. I watched a skinny old yellow lab walk stiffly across the parking lot. I tried not to judge the owner, probably denying his dog’s poor quality of life. I had seen members of my own family have distorted perceptions about the condition of their pets, when it was obvious to the rest of us. I swore not to let Argos suffer.

The vet called me in and compassionately broke the news. Cancer. Without cure. Focus on quality of life over quantity of life.

“Chemotherapy would help the tumor in his liver,” he continued, “but Argos probably wouldn’t live a year.” He explained that the side effects of chemotherapy in dogs were minimal, since the goal is not to cure the cancer, but to give them more quality time.

Argos’ tumor responded to chemotherapy immediately and was in complete remission after just two treatments. But after that second treatment she lost all energy and refused to eat. My fiancé, Travis, and I decided to forego chemotherapy. It wasn’t worth risking the side effects.

After a week and several visits to the vet, the side effects of the chemotherapy disappeared and Argos got better. I focused on all her favorite things. We went to a mountain training center and hunted chukars. He caught frogs in our home’s lake and gently carried them out onto the lawn where he sniffed and barked at them as they jumped back into the water. We went for off-leash walks, boat rides, and he played at the doggie daycare.

His appetite never fully recovered and he lost so much weight that he stopped activating the seat belt warning in the car. Every day was a worrying game: what will Argos eat today? I checked the home monitor constantly while I was working. Without chemotherapy, our toolbox was limited. I ordered tinctures from a holistic vet. I researched alternatives, like THC, and tried giving him turkey tail mushrooms and colostrum.

In his last days, I took him clam digging and he pointed out seagulls and wrestled green crabs. His appetite increased and he ate more food than he had eaten in his entire life.

When I took him to the vet, I reported that Argus was active and happy, but had diarrhea. An ultrasound two weeks earlier showed that he still had no tumors, so we expected it to be an unrelated bowel problem. But the ultrasound that day showed that the tumor had returned, along with enlarged lymph nodes. There was nothing else to do. I remembered my promise and made the final appointment for the next day.

Travis and I snuggled Argus in bed that sunny Friday morning. We took him for a walk without a leash and he ran around, ears flapping, chasing sparrows. He stood stoically on the bow of our boat as we circled the lake. He pointed out the chipmunk that lives in our woodpile. We went out to buy an ice cream and he ate it with enthusiasm.

Outside the vet’s office, he stared at a squirrel.

Inside the vet’s office he died peacefully, his mouth full of treats, listening to me whisper his favorite word: birds.

I held him in my lap as Travis drove home. I stroked his ears. Travis dug a hole in the backyard, and we gently lowered it and buried it with his favorite toy, a stuffed springer spaniel.

My friends were shocked to hear the news. “So soon? It didn’t seem too bad. They questioned. But I didn’t want to wait until it started to fail.

Food scraps go in the bin now. The bathroom is actually a private place. Squirrels in the yard are safe.

There are far worse tragedies and heartbreaks in life than having two months’ notice to say goodbye to your dog. However, Argos was my life. I don’t have kids, so being a dog mom was a big part of my identity.

I lost it that day in August, but I will lose it again every time I go hiking, hunting, gathering, or fishing.

I dreamed of having a dog all my life, and now that’s gone. But I kept the promise I made to him.

A few days after burying Argos, I planted some flowers on his grave. While I was watering them, a frog jumped over the flowers into the lake.

More articles from the BDN