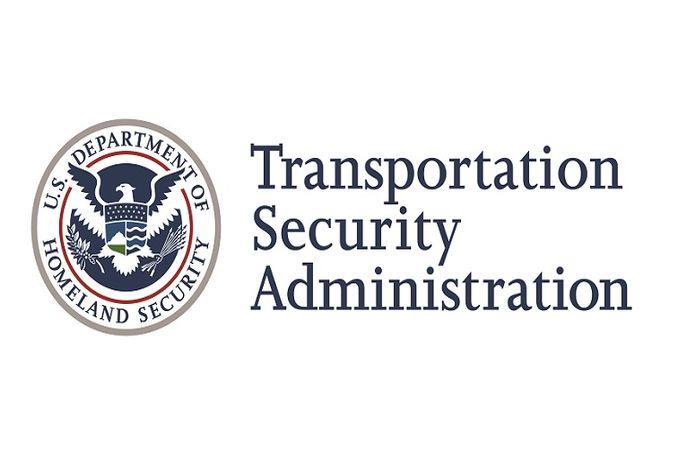 Last week, the TSA held a national social media contest on Instagram, Twitter and Facebook and encouraged the public to vote for the agency’s “cutest canine.” Once all the votes were counted, Eebbers emerged as the winner. The contest was held in recognition of National Dog Day to recognize the important role that TSA’s working canines play in protecting the nation’s transportation system. Preliminary voting among TSA employees narrowed the field of 92 contenders to the final four canines.

Eebbers, a Vizsla-Labrador mix, is a Passenger Screening Canine (PSC) who works at MSP alongside his handler as they screen travelers and their belongings for explosives at the security checkpoint as an added layer of security. Eebbers has worked at MSP for almost 10 years. He was born in the TSA Puppy Program in Lackland and named in memory of US Army Pvt. aged 19. James Ebbers, who passed away on October 14, 2002 in Dijbuoti, Africa, while assigned to the 551st Military Police Company, Fort Campbell, Kentucky. He is the last remaining canine from the Puppy Program still working daily for TSA.

Eebbers has helped with security for two Super Bowls, the Special Olympics World Games, an NCAA Football National Championship game, the Indianapolis 500 and a NASCAR event. He is very active every day, even during the cold Minnesota winters, and loves to swim in any of Minnesota’s 10,000 lakes during the summer.

TSA uses canines like Eebbers in its security operations across the country. They are trained to detect the smell of explosives or explosive materials. These highly skilled dogs are paired with handlers utilizing the working canine’s keen sense of smell when on duty in busy transportation environments.

Travelers departing, arriving and walking through the nation’s airports routinely see PSC teams working with passengers. These teams work nimbly through large groups of people to detect the source of a potential explosive. PSC handlers frequently train their canines and learn to interpret canine behaviors when the dog detects an explosive odor.

If a dog alerts its handler to the presence of an explosive odor, the TSA follows an established procedure to resolve the alarm. The use of these highly trained canines is an effective tool in deterring and detecting the introduction of explosive devices into the nation’s transportation systems.

Because explosives are known to be the greatest threat to the aviation system, TSA working dogs are regularly tested to ensure they maintain a high level of operational effectiveness. This ongoing training enables all teams to be a trusted resource in detecting an explosive threat, maintaining proper acclimatization within the airport, and mitigating potential distractions in a busy transportation environment.

TSA currently has more than 1,000 canine teams that have been trained at the TSA Canine Training Center in San Antonio. They are deployed nationally. While TSA’s canine associates are sociable, they are working dogs and should only be touched and fed by their handlers.

Later this year, the TSA will announce the availability of its 2023 Canine Calendar, featuring the top 12 finalists in the 2022 Cutest Canine Contest. Eebers will be the canine to grace the cover of the 2023 calendar.

Legal note: MENAFN provides the information “as is” without warranty of any kind. We do not accept any responsibility or liability for the accuracy, content, images, videos, licences, completeness, legality or reliability of the information contained in this article. If you have any copyright complaints or issues related to this article, please contact the provider listed above.