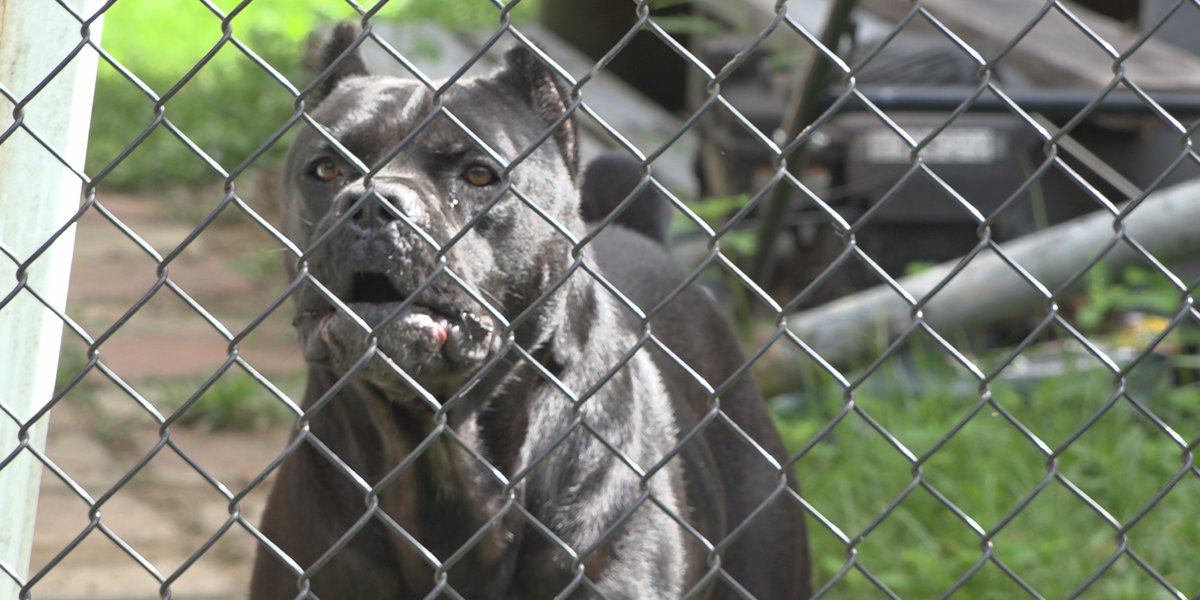 LENA, The. (KALB) – On Wednesday, August 10, videos began circulating on social media that appear to show dogs being abused at the Cypress Arrow Kennel and K-9 Academy. Those videos quickly spread across the country and calls began for the academy in Lena to be closed.

Kayci Gonzales’ dog, Yassie, appears in one of the videos, being pushed to the ground by a handler at Cypress Arrow.

“It’s ridiculous, it’s unnecessary,” Gonzales told KALB. “She is sweet, there is no reason for any dog ​​to be treated like this, but less so for someone as soft as her.”

Gonzales went to police and said he hopes others with negative experiences at the K-9 Academy will come forward as well.

Randy and Dana Thomas did just that, coming forward to share their story. They purchased their Cane Corso Mia from Cypress Arrow. They said she had good manners until she was sent to a month-long obedience training session at the K-9 Academy. When Mia returned from training, she became aggressive towards the other dogs in the family, prompting Thomas to enroll the dog in Cypress Arrow’s advanced obedience class. Instead of solving her problems, they said Mia came home worse than before, even biting family members.

“I think she was treated that way, she was beaten up there (Cypress Arrow) because we never had those issues with her until she came back,” Randy said.

“The videos that are circulating made me think, you know what? This is exactly why she (Mia) is the way she is,” Dana said.

With even more problems with their dog, the Thomases once again reached out to Cypress Arrow’s owner, Tina Frey, for help. They claim that Frey told them the following:

“That’s what the owner of Cypress Arrow told us, take a bat and hit her in the face,” Randy said.

Despite their sometimes aggressive behavior, the Thomases haven’t given up on Mia.

“She’s a good dog, deep down, she’s a very good dog,” Randy said. “We love our dogs, she is part of the family, she is a sweetheart.”

The Rapides Parish Sheriff’s Office is investigating the animal abuse videos, but multiple people have alleged that Frey, the owner of Cypress Arrow, has ties to the sheriff’s office.

Sheriff Mark Wood told KALB that in 2019, Frey was hired at the sheriff’s office as an unpaid reserve deputy, which is basically an RPSO volunteer.

“The reason she was here, from what I understand, is that she had a few service dogs, like bloodhounds or whatever, that she could use for search and rescue,” Sheriff Wood said. “That was her task when she was here.”

Sheriff Wood said that when the agency was alerted to the animal abuse claims, Frey was suspended as a reserve deputy and had her credentials taken away. He also addressed the rumors that Frey trained RPSO K9.

When asked about the status of the RPSO’s investigation into Cypress Arrow, the sheriff said it could take some time to get all the answers.

“The video is very disturbing, horrible for many people, but that cannot cloud our judgement. We have to investigate, we have to go where the evidence takes us, where the facts take us, we can’t just blow up and do things. So I just want the public to know that we’re aware of this, we’re looking into it. Believe it or not, this is a special kind of case, and we have to put all our points on I and T crossed. “

RPSO said the investigation is ongoing and is asking anyone with information about alleged animal abuse at Cypress Arrow to contact them.

Click here to report a typographical error. Please provide the article title in your email.