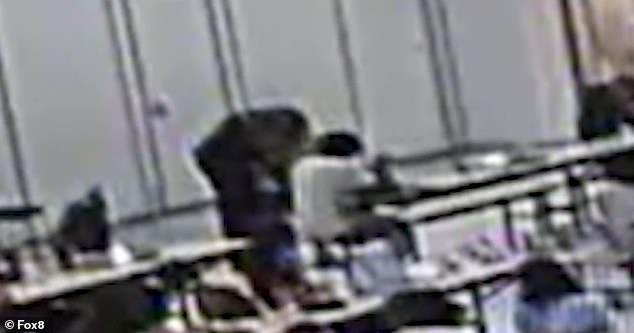 By Alyssa Guzmán for Dailymail.Com

In an incredible moment, an Ohio assistant principal saved the life of a fourth grader by performing the Heimlich maneuver for the first time after he choked on a mini corndog.

Darby Baumberger, 51, of Kent, was working her first lunch shift as assistant manager at the Betty Jane Community Learning Center when nine-year-old Arthur Clark began choking on the table behind her on Thursday.

I was talking to one of my cousins. He said something really funny while I was eating my corn dogs,” Clark told Fox 8 on Thursday. “It felt like something was in my throat, my throat itched, it was like it hurt and stuff.”

“I was thinking if I’m going to die,” the fourth grader told Cleveland 19.

When the assistant principal asked the student if he was okay, he reportedly did not respond and was “leaning over the table and still coughing.”

Baumberger was seen on surveillance footage moments later running around the table to get to the young scholar and begin performing the Heimlich.

“I looked at my director and she said, ‘I’m going to call the nurse, I’m going to the nurse,’ but in my head, I’m like, ‘There’s no time for that’ because I realized I had stopped breathing.’ the deputy director told Fox 8.

Darby Baumberger, 51, of Kent, was working her first lunch shift as assistant manager at the Betty Jane Community Learning Center when 9-year-old Arthur Clark began choking on the table behind her on Thursday. 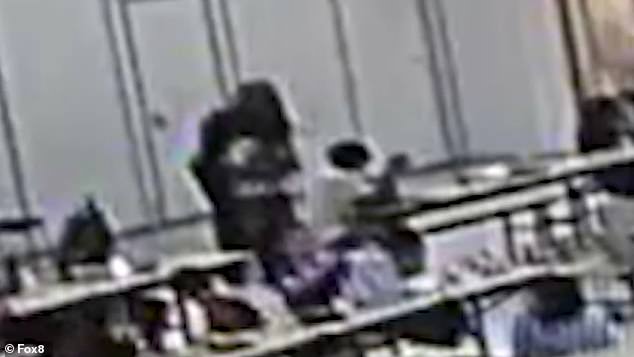 She began Heimliching him (pictured), first starting gently before applying more pressure until the corn dog disengaged on the fourth thrust.

Surveillance footage shows Baumberger pressing gently against Clark’s stomach twice, but when nothing came off, he did it again, with more force.

“I made it a little harder and on the fourth time, it came off,” he told the outlet.

Clark joked that the Heimlich felt like “getting punched in the stomach by John Cena,” he told Cleveland 19.

Clark’s mother, Ashley Howell, called the educator a ‘superhero’ and said: ‘I am so happy that Mrs Baumberger was there and reacted the way she reacted.’

The boy was fine after the shocking event, but his mother said he didn’t feel like eating for the rest of the day. Even though corn dogs are one of his favorite foods, the boy said he was going to give them up for a while.

Even more unbelievable, Baumberger told Fox 8 that he never had formal Heimlich training, and this was the first time he had had to use it in his 26 years in education.

After Clark was checked out by the school nurse and paramedics, Baumberger asked them if “he did all right.” 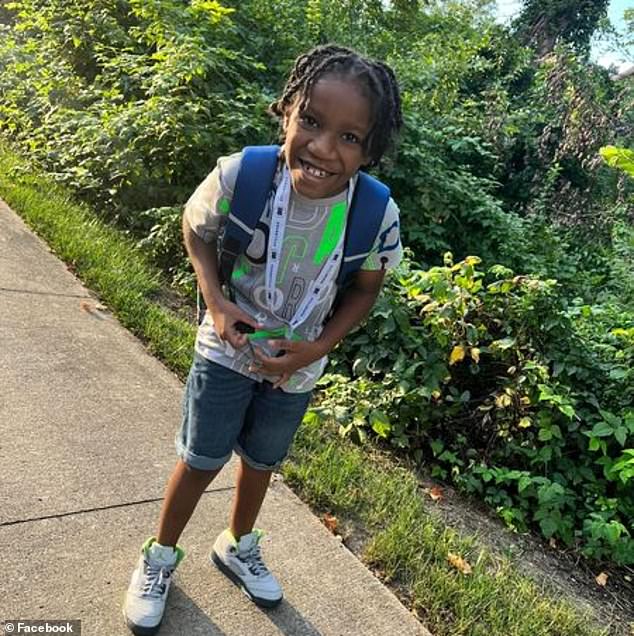 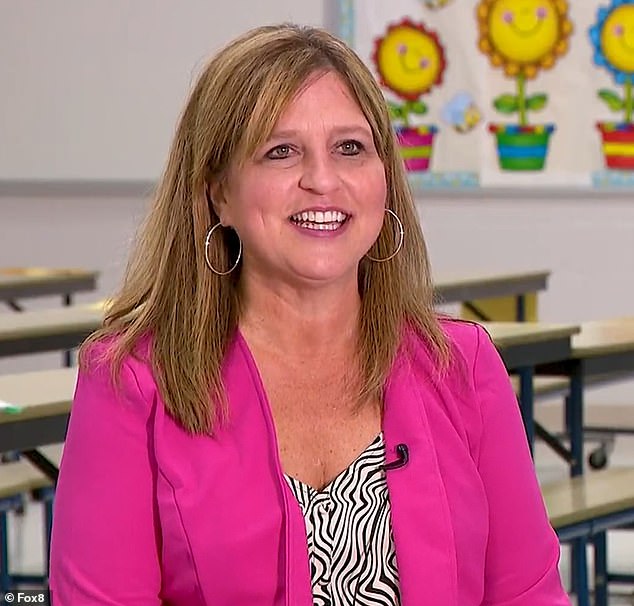 Baumberger said that he had no formal training in the Heimlich and that this was the first time he had used it during his 26 years in education. 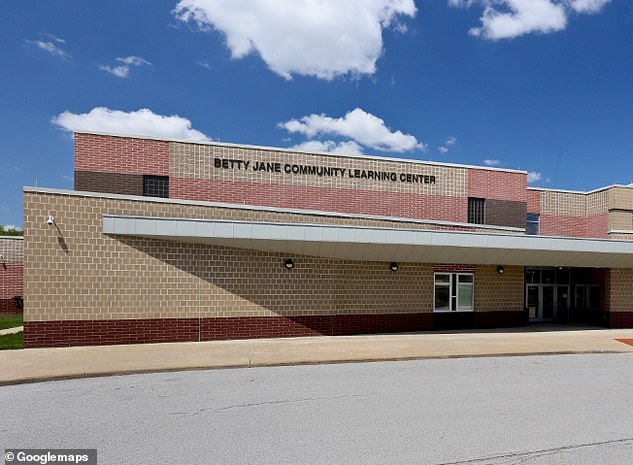 The incident occurred on the first day of school at the Betty Jane Community Learning Center.

Clark and Baumberger have declared themselves ‘friends for life’ since the terrifying incident and the student even calls her his ‘hero’.