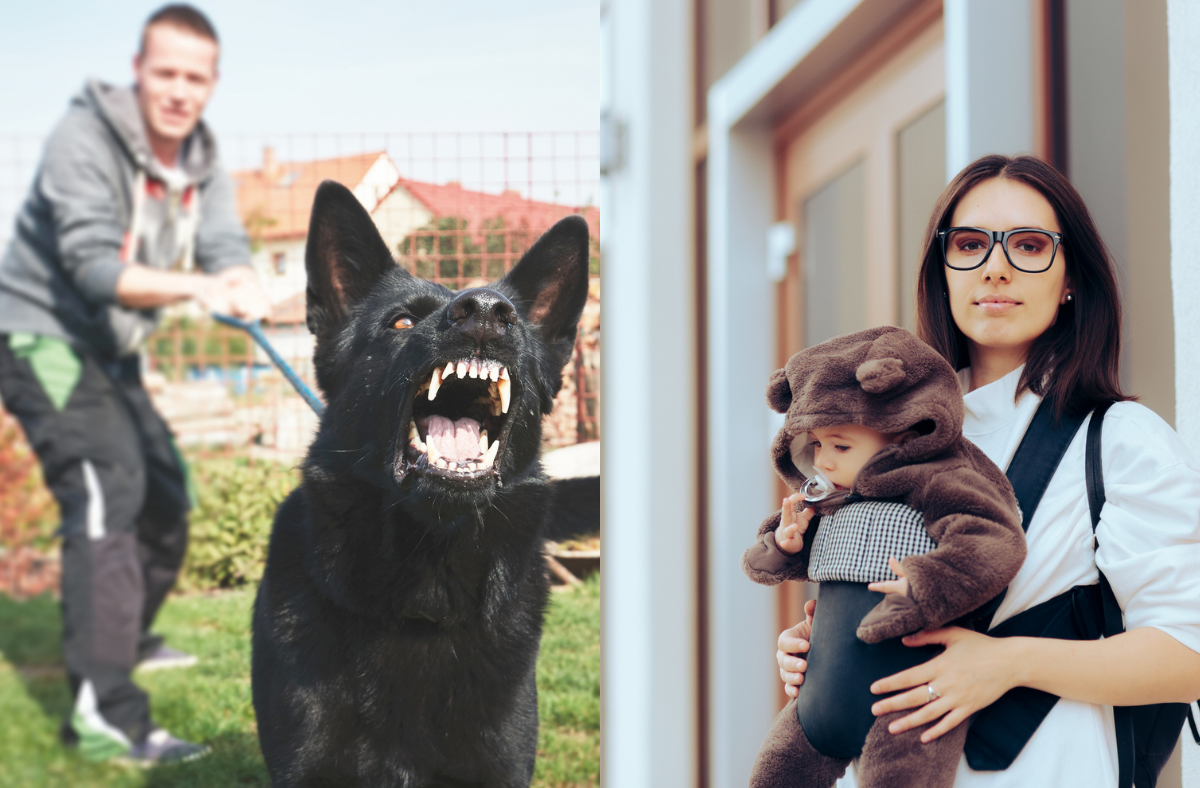 A new mum has been endorsed online for being wary of a couple walking an ‘aggressive looking breed of dog’.

The woman drew criticism from the dog’s owners after protecting a stroller carrying her four-month-old son when they walked past her with the canine, but many on social media thought she was right to be wary.

While fatal dog attacks are rare, statistics suggest that it pays people to remain on their guard. According to a 2018 report issued by the public education website DogsBite.org, more than 35 different dog breeds contributed to 433 deaths in the US over a 13-year period.

The data shows that pit bulls contributed to 66 percent of these deaths, with rottweilers responsible for the second highest proportion at 10 percent.

Figures aside, the news is littered with stories of children being killed by dog ​​attacks. In March, a 7-month-old girl was mauled by a dog in a backyard in Georgia, while in February a 4-year-old girl in Texas died as a result of injuries sustained during a dog attack.

Elsewhere, a 6-year-old girl was lucky to escape with her life after being attacked by a wolf-like dog in Las Vegas. With so many incidents being reported in the press, it’s no surprise to hear that parents aren’t taking chances with dogs.

However, for one woman who shared her story with Mumsnet, that cautious approach landed her in hot water with pet owners. According to her version of events, she was walking down a “reasonably narrow path” with her baby in a stroller when she saw a couple coming toward them with an “aggressive-looking breed of dog.”

“I decided I didn’t want to take the risk, so without saying anything to them, I politely stopped on the way, stood in front of my son’s stroller and waited for them to pass,” she wrote.

Although the woman was happy to let them pass without comment, one of the dog walkers began “yelling at her,” “My dog ​​isn’t going to eat your baby,” and accused her of being “overprotective.”

The new mom explained that she had no way of knowing if the dog was okay or not, but the pet’s owner was still unhappy and accused the woman of “scaring” the canine by stopping there.

However, the new mum wasn’t about to back down, explaining to the woman that it was “ridiculous” for her to “expect strangers to trust her claims about her big dog.” The woman was left confused as to why they were so “offended” and the readers agreed on that.

Bananabutter wrote, “If people choose to have aggressive breeds, they need to live with the consequences of that, and one of them is that no one will want to go near them no matter how ‘friendly’ and ‘lovable’ they are.”

BobbinHood added: “You can’t win with these dog owners… There will always be someone who complains about people letting their kids near their dog, but if you take steps to avoid the dogs, they’ll scold you too.”

LemonGreenTea commented, “If you’re a legitimate dog owner and you think people should love being around their dog, just stop… If your dog makes you happy, that’s great, but it doesn’t make us who you are.” we try to avoid your dog for whatever happy reason.”

A small minority felt the new mom’s reaction was a bit over the top.

Thesearmsofmine wrote: “Unless the dog was acting unhappy/aggressive instead of continuing to walk, I feel like you were a little out of line stopping and standing in front of the stroller.” [stroller].”

However, those who commented on the post mostly agreed that he was allowed to react however he wanted.

WhereverILayMyCat said: “You did what made you feel comfortable and it’s really none of their business. Every dog ​​owner will sing their dog’s praises, but just because they love their dog doesn’t mean you have to.”

news week has contacted the original poster for comment.