By Stewart Carr for Mailonline

Organizers have barred Russian dog owners from attending the world’s largest dog competition as a show of solidarity with Ukrainians facing invasion.

Crufts’ annual dog show is currently in its second day at the National Exhibition Centre, after a two-year hiatus due to Covid.

Usually the show is put on annually by The Kennel Club, but this time, the bosses have chosen to ban Russian entrants due to the ongoing war.

The ban is understood to affect some 30 owners and breeders along with 51 dogs that were due to compete in the show.

It is not understood to affect Russian breeds of dogs. 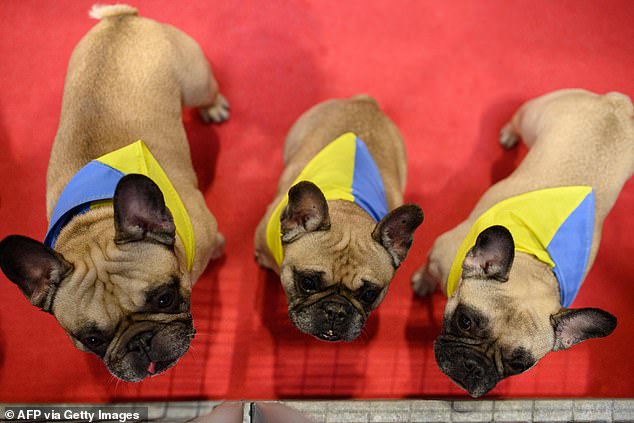 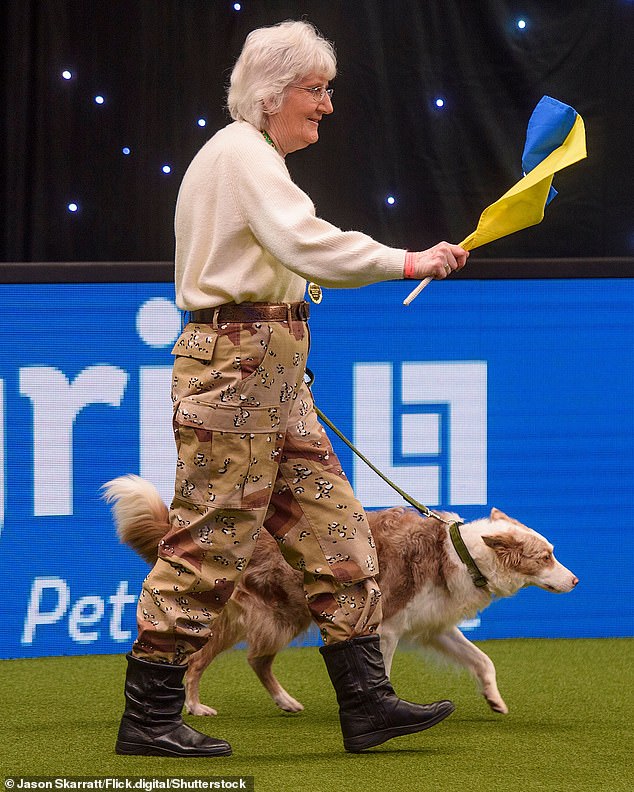 Jill Davies and her dog Demelza performing at Hellwork to Music Final, supporting Ukraine at Crufts

A spokesperson for The Kennel Club said: “In light of rapidly evolving circumstances, it is with a heavy heart that we have made the decision not to allow exhibitors from Russia to compete at Crufts 2022.”

“Our friends in Ukraine and their dogs fear for their lives and we will do our best to support them wherever possible.

The club is donating £50,000 ($66,000) to its partner organizations in Ukraine, Poland and Hungary to help breeders, owners and their dogs during the conflict with Russia.

Chief Executive Mark Beazley described Crufts as “a bit of joy in some pretty sad days for the world right now”. 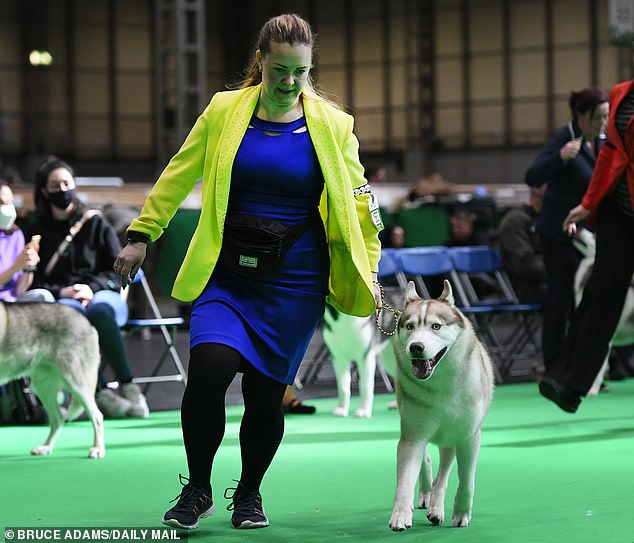 Dina Lepteva from Latvia, dressed in Ukrainian colors, with her five-year-old Husky Connor, 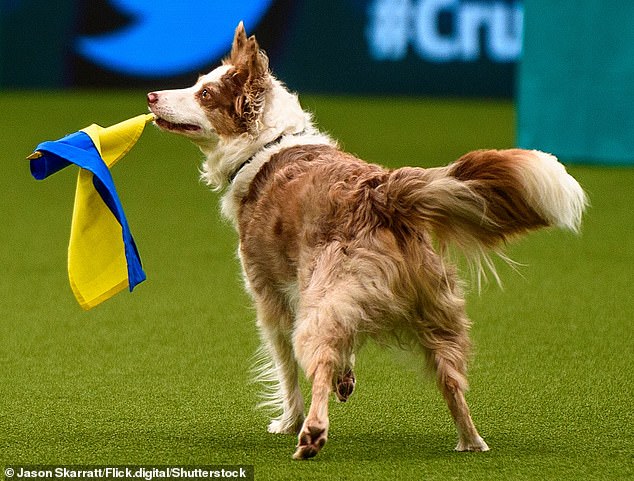 Crufts is a celebration of the relationship between dogs and their owners, featuring a variety of events and competitions (Pictured: Jill Davies’ dog Demelza)

When the contest opened yesterday, many participants wore ribbons in the yellow and blue colors of Ukraine to show their respects.

Wearing the yellow and blue ribbon, he said: “It’s my way of showing that I’m thinking of the Ukrainians.”

‘I mean, it’s awful. At least I can live my daily life normally. They can not. 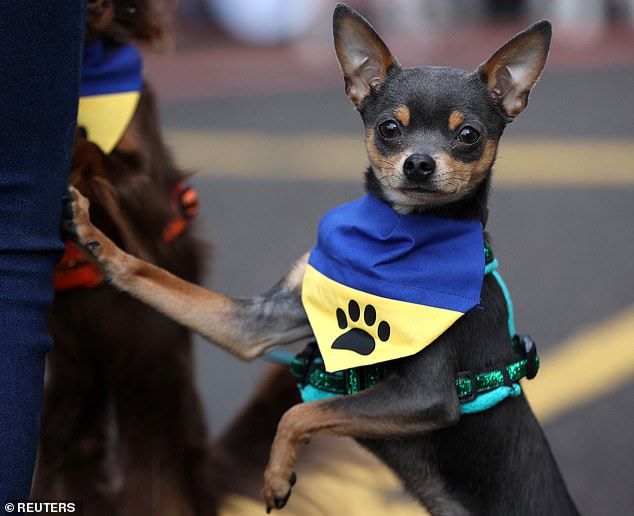 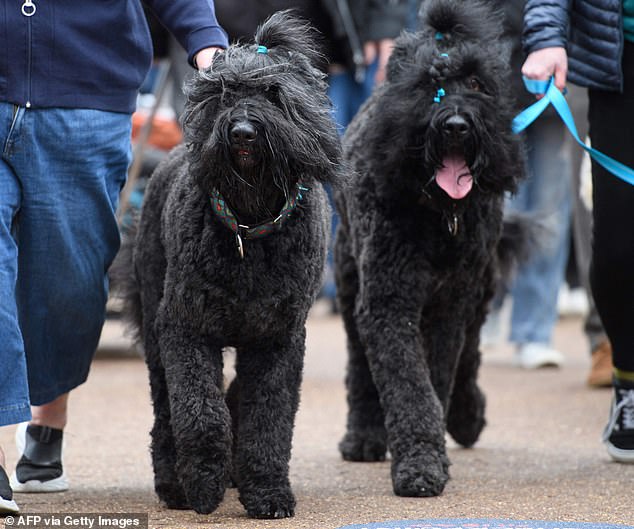 A pair of Russian Black Terriers arrive for the first day of the Crufts dog show at the National Exhibition Center in Birmingham.

Lockdown restrictions, which forced last year’s Crufts to be cancelled, have increased stress and isolation for both humans and their four-legged friends.

“The pandemic was very difficult,” said Stacie Young, from Kent, sitting with her imposing Newfoundland, Bumbee, partaking in her second Crufts.

“He used to socialize a lot with other dogs during shows. Suddenly nothing was happening at all. When we were finally allowed to get together as a group of six, we would get together in the park with some friends to practise.’

The latest coronavirus restrictions were lifted in England last month, with few people seen wearing masks as they watched a parade of Cavalier King Charles Spaniels.

But organizers said it will take time for the show to return to its previous level: some 150,000 people attended in 2020.