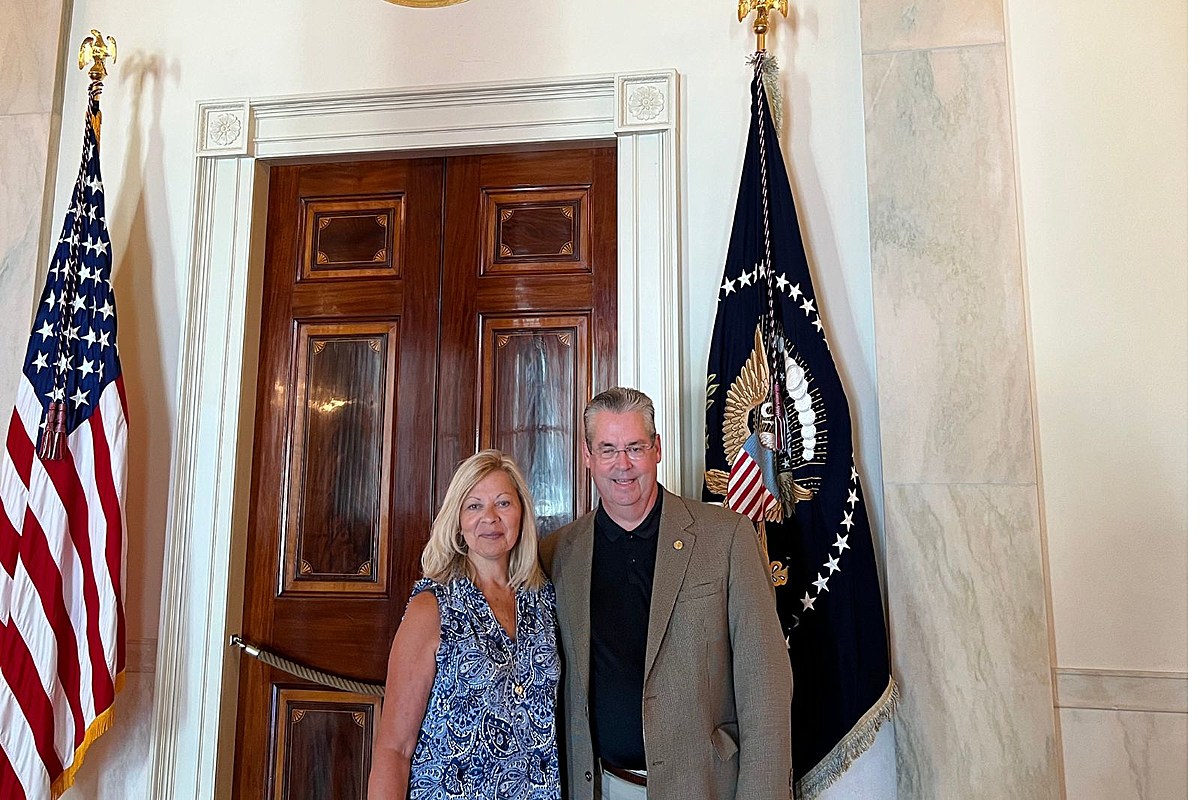 For Kevin and Maryann Meara, who lost their son KC to an overdose on June 30, 2008, at the age of 24, EVERY DAY is Overdose Awareness Day.

The Mearas were invited to the White House to join in the conversation.

Kevin is the founder and president of City Of Angels, which works with anyone facing addiction, regardless of insurance, who said in a press release;

“It is not lost on Maryann and I that we sit here before the drug czar of the Americas an arm’s length from the White House, but we call ourselves ‘City’ for a reason, and that is to all of our volunteers, parents and members. of the board to whom we dedicate this opportunity, because without them we are nothing more than parents who lost their son due to an overdose”.

I’ve seen up close how Kevin and the City of Angels come to the aid of addicts anytime, anywhere. Many times he’s been in my studio hanging out, playing Trevia or the opening lines of Jersey when the call comes in and he’s on the phone during the commercial break, arranging someone’s journey from the depths to a facility. I will never forget the night he pulled 23 holy cards out of his pocket from the funerals he attended that month.

Among the many Kevin has helped include comedian Artie Lange, who continues to struggle.

Here is the full context of the statement Meara delivered at the White House.

“KC was the oldest of three children and was the sole object of our affection for many years before a younger brother and sister came along. His mother, Maryann, was his best friend. He was funny, he loved music and he was a drummer. self-taught. and writer. He loved vacationing in Florida with his family and adoring his brothers and cousins.”

“Mr. Kevin, you worked with students with developmental disabilities in our local Special Services School District. You cared about your children and they cared about Mr. Kevin. We are told that if you are in an active support program of drugs or alcohol the ADA protects you from discrimination this was not the case for us as even in a county agency like our Special Services District when KC was found to be in a morning IOP he was forced to appear before the County School Board to defend his work. and disclose that he received his MAT every morning. However, the district removed him from the classroom and placed him on a maintenance crew that cleaned the drainage ditches.”

“It wasn’t long before he was cited for infractions like a lack of cobwebs on the ceiling. The writing was on the wall and he quit the job he loved!”

“This began what we call her ‘downward spiral’…within six months, KC would die of an overdose. On June 30, 2008, KC’s journey ended, but our new journey began in the form of the organization without for-profit City of Angels.

“From the KC Dorm to the WH East Room, back in 2008 we could never have fathomed the scope of our work. Our most recent effort was a first in MLB as we partnered with MLB’s minor league affiliate and our state of NJ for a Narcan giveaway at the Trenton Thunder vs West Virginia Black Bears on August 13, 2022.”

Now you can listen to Steve Trevelise: On demand! Find out more about New Jersey personalities and what makes the Garden State interesting. Download Steve Trevelise’s show wherever you get podcasts, on our free app, or listen to it right now.

The state Election Law Enforcement Commission ranked the most pressed bills in Trenton, based on the number of reported official contacts.

Is your loyal pup’s breed on the list? Read on to see if you’ll be bragging to the neighbors about your dog’s intellectual prowess the next time you take your furry baby out for a walk. Don’t worry: Even if your dog’s breed isn’t listed, that doesn’t mean he’s not a good guy; some traits simply cannot be measured.